International Right to Know Day was first introduced in 2002 in Sofia, Bulgaria, at an international meeting of access to information advocates. The purpose of this day is to raise awareness among citizens of their right to access government information, while promoting freedom of information as essential to both democracy and good governance.

Since 2002, Right to Know Day is celebrated around the world on September 28.

In Canada, Right to Know Day extends to a week of celebrations. Follow the hashtag #RTK2022 to find out more about the activities taking place across the country.

In 2015, the United Nations Educational, Scientific and Cultural Organization (UNESCO) proclaimed September 28 as the International Day for Universal Access to Information.

Considering that several civil society organizations and government bodies around the world were already celebrating this special day, the United Nations General Assembly also proclaimed September 28 as the International Day for Universal Access to Information in its resolution 74/5, which was adopted on October 15, 2019. 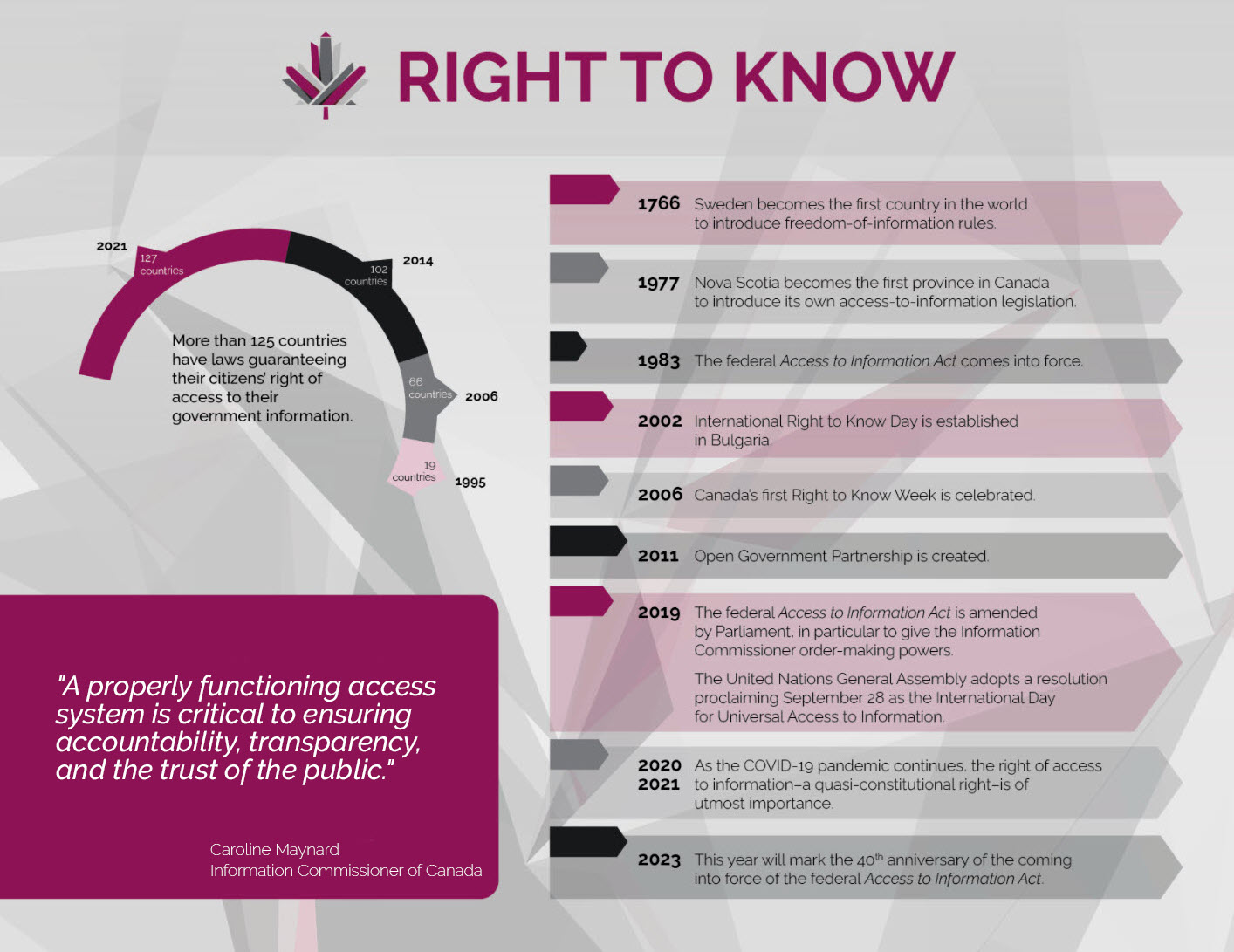 The 10 Right to Know Principles

Since the introduction of International Right to Know Day, certain principles have emerged that form the core of the Right to Know movement.