The Access to Information Act, R.S.C. 1985, c. A-1, (the Act) gives any Canadian citizen or permanent resident within the meaning of the Immigration Act and any individual or any corporation present in Canada, a right (of access) to most records under the control of the federal government. More specifically, our Act provides for access to all information in records controlled by government institutions listed in Schedule I of the Act unless there is a specific provision in the Act that permits or requires the head of the government institution to refuse to disclose the information, or unless the records (or parts thereof) are excluded under section 68 or 69.

Section 14 is a discretionary exemption which is based on an injury test to a particular class of records. But it is also one of a handful of exemptions (the others are section 15, paragraphs 16(1)(c) or (d) and 18(d)) where the scope of review conducted by the court under section 50 is different from the scope of review carried out under section 49 for all of the remaining exemptions. However, there is no difference in the power of the court to make an order. In either case - i.e. under section 49 or 50 - the court has the power to order records disclosed (or withheld). The difference is in the test - i.e. the extent that the court needs to be satisfied.

In section 50, the bottom line is that if the head has reasonable grounds to believe that a record, or a part thereof contains certain information of the type referred to in the exemption he may then determine, by exercising his discretion, whether to disclose the information.

Notwithstanding the higher standard for interference with a head's decision under section 50, it is very much part of the role of our office to determine the reasonableness of the head's conclusion that disclosure would lead to the injury set out in the exemptions subject to section 50 review. Ruby v. Canada (Solicitor General, R.C.M.P.), [2000] F.C.J. No. 779, June 8, 2000, was a case concerning paragraph 22(1)(b) of the Privacy Act, (the parallel provision to paragraph 16(1)(c) of the Access to Information Act), which is in turn subject to review under section 49 of the Privacy Act (section 50 Access to Information Act). In the Ruby case the Federal Court of Appeal overturned the Trial Judge's conclusion that he could not substitute his views on injury for the decision of the institution head and instead directed a closer scrutiny of the reasonableness of the institution's determination that the injury described in the exemption would be caused by disclosure:

Furthermore, the reviewing judge concluded at page 36 of his decision that "the Court cannot substitute its views for that of CSIS, or the Solicitor General, about the assessment of the reasonable expectation of probable injury." We would add, however, that it is very much part of the Court's role under section 49 [section 50 Access to Information Act] to determine the reasonableness of the grounds on which disclosure was refused by CSIS. That being the case, the reviewing judge, in our view, should have scrutinized more closely whether the release of information, particularly information that is over 20 years old, could reasonably be expected to be injurious to specific efforts at law enforcement and detection of hostile activities, and, therefore, whether CSIS had a reasonable ground to refuse to disclose. (Emphasis added).

This exemption recognizes that it may be necessary to protect the role that the government has in national affairs. It is designed to enable the head of the institution to withhold records that "... contain information the disclosure of which could reasonably be expected to ..." be injurious to federal-provincial relations.

The class of records is clear - it applies to records which contain information relating to the role the government plays in conducting federal provincial operations. The examples given in the exemption are the two types Parliament envisaged might cause harm, but not necessarily. This is not a mandatory exemption.

It is a discretionary exemption based on an injury test, therefore to invoke the exemption requires a two-step process:

These two steps are different and both require documentation. In each case, to justify the withholding of particular information, the department must be able to demonstrate the probable injury and why there is a reasonable probability that injury would occur. The Department must, at the same time, show the factors that were taken into consideration by the Head of the Institution in exercising his/her discretion to refuse disclosure of the information.

When reviewing the application of a discretionary exemption like section 14, it is important to remember that the government institution has the evidentiary burden of showing not only that the information falls within the scope of the exemption, but that the head of the institution or his/her delegate properly exercised their discretion in deciding not to disclose the information.Footnote 1 If there is no evidence establishing that the institution head considered whether or not to disclose information subject to a discretionary exemption, or if the evidence about why they decided to refuse disclosure indicates the head relied on irrelevant or unreasonable factors or on improper considerations or that the decision is not consistent with the objects of the Act (that of extending disclosure of government information subject to limited and specific exemptions), then it is open to our office, and to the Federal Court on a review, to question or reject the decision to refuse disclosure.

The key to the provision is to determine whether any of the records contain "... information the disclosure of which could reasonably be expected to be injurious to the conduct by the Government of Canada of federal-provincial affairs ...". At the present time, there has been only one decision from the Federal Court of Canada on the criteria to be met in order for the provision to apply. However, there has been jurisprudence, from other jurisdictions that could be applied by analogy to the Federal Act and the following will summarize the office interpretation of the provision.

a) Where disclosure could reasonably be expected

While there have been only a few Federal Court decisions on the interpretation of this provision, there has been jurisprudence dealing with the prejudice portion of the test required under paragraphs 20(1)(c) & (d) which contains the same wording. Since legislative draftsmen are supposed to respect the principle of uniformity of expression, each term contained in a statute should have one and only one meaning when it is used in similar circumstances. Therefore, the jurisprudence of the Federal Court of Canada made, in the context of section 20, may also be applied in the context of this provision.

In Air Atonabee v. Canada (Minister of Transport) (1989), 27 F.T.R. 194 (T.D.), the Court held that the test is whether, assuming use of the information, its disclosure would give rise to a reasonable expectation of probable harm. The burden of proof is on the party resisting disclosureFootnote 2, and to satisfy the requirement of this exemption, there must be evidence as to the way in which the information will cause harm and the degree of harm it will cause.Footnote 3

The evidence of harm must be detailed, convincing and describe a direct causation between disclosure and harm. However, one must clearly distinguish between 'direct causation' and 'direct causality'; the former being the test to be applied under injury exemptions, the latter being explicitly rejected by the Court of Appeal in Canada Packers Inc. v. Minister of Agriculture et al., [1989] 1 F.C. 47 (C.A.). 'Direct causation' requires a direct causal link - the person resisting disclosure must bring specific evidence which would show that there is a link arising from the disclosure which would result in the harm. To put it another way, there must be some logical explanation to show why disclosure could lead to a particular identifiable harm. However, the person resisting disclosure does not have to prove a 'direct causality' (i.e. that the disclosure of the requested information would, by itself, cause the specific harm). In other words, it is not necessary to prove that disclosure could result directly in producing the specific harm.

In Information Commissioner v. Immigration and Refugee Board (1997), 140 F.T.R. 140 the Federal Court Trial Division characterized the injury test in paragraph 16(1)(c) of the Act as a "confident belief", as follows:

The reasonable expectation of probable harm implies a confident belief. There must be a clear and direct link between the disclosure of specific information and the harm alleged. The Court must be given an explanation as to how or why the harm alleged would result from the disclosure of specific information. The more specific and substantiated the evidence, the stronger the case for confidentiality. It cannot refer to future investigations generally.

A high standard of proof is necessary to establish an exemption from disclosure on grounds of financial harm or contract interference.Footnote 4 To prove harm, one must be able to trace, track, illustrate and show how disclosure of specific information could lead to the harm alleged.

Under the access law, the test is one of reasonably expected financial or competitive harm, regardless of whether the information disclosed is confidential per se (i.e. inherently). However if the information is, in fact, confidential - this could increase the likelihood that it might be able to meet the test. The standard of proof for substantial competitive harm is evidence of substantial injury. Evidence that harm might result is pure speculation and is not good enough. The expectation of harm must be likely, but it need not be a certainty.Footnote 5

What you want is a clear, logical believable explanation of the harm that could be expected if the information is disclosed and the connection between the disclosure and the harm - i.e. the logical link.

Where inferences must be drawn, or the answers to any of these questions is not clear, then more explanation would be required. The more specific and substantiated the evidence, the stronger the case for the exemption. The more general the evidence or the less plausible (believable) the result, the more difficult it would be to be satisfied as to the linkage between disclosure of particular documents and the harm alleged - i.e. the more difficult it will be to conclude that the test has been met.

The context surrounding the disclosure of the information is also relevant. The jurisprudence has established certain specific conditions that could be taken into consideration when determining whether a reasonable expectation of harm would result from disclosure:

b) Injury to the Conduct by the Government of Canada - of Federal-Provincial Affairs:

In order for the exemption to apply, the record must relate to negotiations between a province and Canada. Accordingly, the exemption does not cover negotiations with any third party but only to the extent that a province is covered. The term 'province' is defined in the Interpretation Act as a province of Canada, and includes the Yukon, Northwest and Nunavut Territories.

The Court in this case found that since the information in which the governments ought to keep confidential was already in the public realm, from other sources, the release of the same or similar information would be less likely to cause harm. If there were harm from disclosure, that harm could reasonably be expected to have arisen from prior disclosure by others. Canada (Information Commissioner) v. Canada (Prime Minister) [1993] 1 F.C. 427 (T.D.)

In this case, the Court found that the government institution made only a general inference to the requested records and that there was little evidence linking a reasonable expectation of harm to the content of the specific pages. For these reasons, the Court found itself unable to conclude that there were reasonable grounds for confidentiality with respect of this information since there was no clear specific and understandable linkage between the allegation of harm and disclosure of the relevant information. 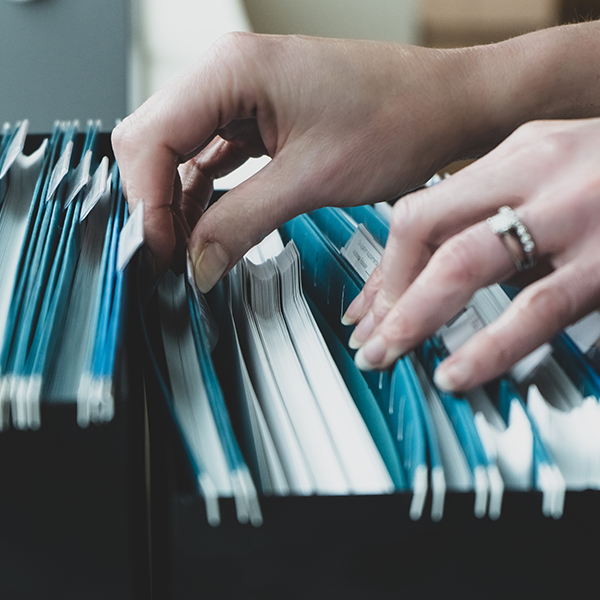